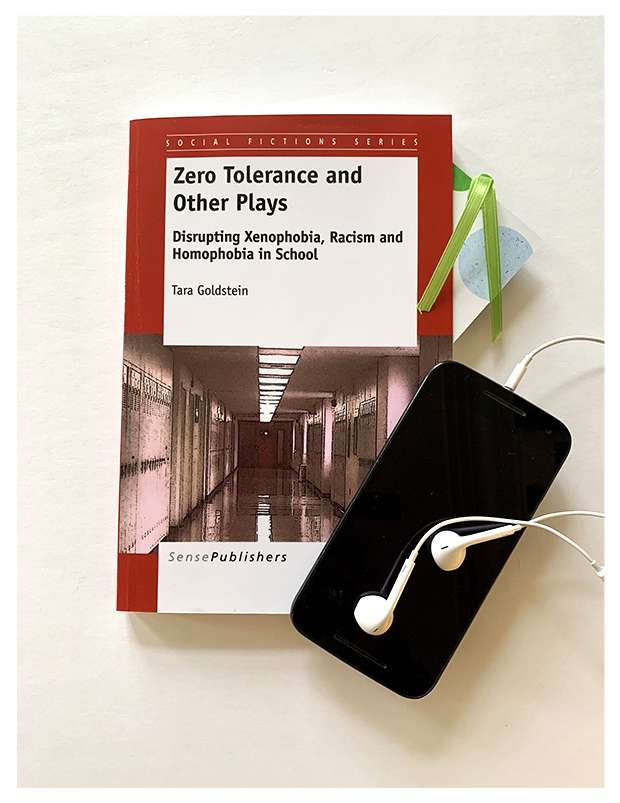 In May 2007, 15-year old Jordan Manners was shot and killed in the hallway of his Toronto school. In June 2007, the Toronto District School Board commissioned an investigation into school safety, which resulted in a report entitled “The Road to Health”. In February 2008, Tara Goldstein adapted The Road to Health into a performance script.

Zero Tolerance was first performed as a staged reading on September 27, 2007, at the Ontario Institute for Studies in Education (OISE) as the keynote for the Bachelor of Education Safe Schools Conference. The cast included students, faculty and staff from OISE.

Zero Tolerance was last performed as a staged reading by students enrolled in the Equity Studies program at New College, the University of Toronto on February 25, 2010, in the Great Hall of Hart House.

Zero Tolerance, Lost Daughter, and Ana’s Shadow have been published as part of an anthology that is available at→ Amazon.com.