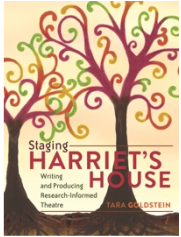 A contemporary drama of a mother and three daughters negotiating the challenges and politics of transnational adoption in a same-sex family. Harriet reluctantly gives 17-year old Luisa permission to return to the Catholic orphanage in Bogotá where she spent three years of her childhood. But when she falls seriously ill, Harriet travels to Bogotá with her new partner Marty to bring Luisa home. Harriet’s House premiered at Hart House Theatre in Toronto on July 2, 2010 as part of the 30th Toronto Pride Festival and drew an audience of 450 over its three-performance run.

The Discussion Guide for Harriet’s House can be found HERE→